Feline leukemia, FeLV, is a virus-based disease in cats that can cause anemia and lymphoma, among other serious illnesses. The virus can also suppress the cat’s immune system, affecting his/her ability to fight off bacteria, viruses and fungi that contribute to other serious health problems.

How is the virus spread?

The feline leukemia virus is spread through direct contact with an infected cat. High concentrations of the virus are found in saliva, while lower concentrations can be found in blood, urine and feces. The virus is most commonly transmitted through shared food and water bowls, and grooming of each other. Litter boxes, too, can be a source of transmission. The virus may also be passed from an infected momma cat to her kittens, either before birth or afterwards as she is nursing. The virus may be transmitted during breeding.

Can humans become infected with the feline leukemia virus?

No, feline leukemia is species-specific and only affects felines.

How is feline leukemia diagnosed?

What is the average life expectancy for a FeLV-infected cat?

There is no set life expectancy for FeLV-positive cats. Much depends on the cat’s immune system and ability to fight off the virus. Approximately 40 percent of adult cats exposed to the feline leukemia virus successfully fight it off, develop an immunity and become resistant to future infections. Of the remaining 60 percent of adult cats:

Currently, there is no way to know which cats will be FeLV carriers or which will become ill from the virus. Kittens, unfortunately, do not have as strong an immune system as adult cats, so they have a more difficult time fighting off the virus. Only about 30 percent of FeLV-positive kittens make it past their first birthday.

Is there a cure for feline leukemia?

No. Medications can be given to relieve and treat symptoms such as upper respiratory infections, digestive problems and stomatitis, but currently there are no medications that have proven to be successful in eliminating the virus from an infected cat’s system.

Is there a vaccine to prevent infection from feline leukemia?

Yes. However, no vaccine is 100-percent effective. Cats should be kept safely indoors. If cats are let outside, they should only be allowed outside in a securely enclosed cattery where they will not be able to come in contact with other cats.
In addition, FeLV-negative cats (those who do not have the virus) should not be housed with FeLV-positive cats (those who do have the virus).

What is FIV and how is it different from FeLV?

FIV is feline immunodeficiency virus. FIV suppresses the cat’s immune system and, as the cat ages, his immune system could become more suppressed, allowing the cat to be easily susceptible to other feline infections. However, FIV will not cause life-threatening diseases such as anemia or lymphoma, as FeLV can.

Another difference is in ease of transmission. FIV is not easily transmitted from cat to cat. Serious, aggressive biting is the most common path of infection. Breeding may also allow transmission of the virus. FIV cats can live safely with non-FIV cats, provided the cats are all altered and do not fight and bite.

FeLV is easily transmitted from cat to cat when cats live together and, as stated above, is a much more serious virus. Therefore, housing FeLV cats with non-FeLV cats is not recommended. 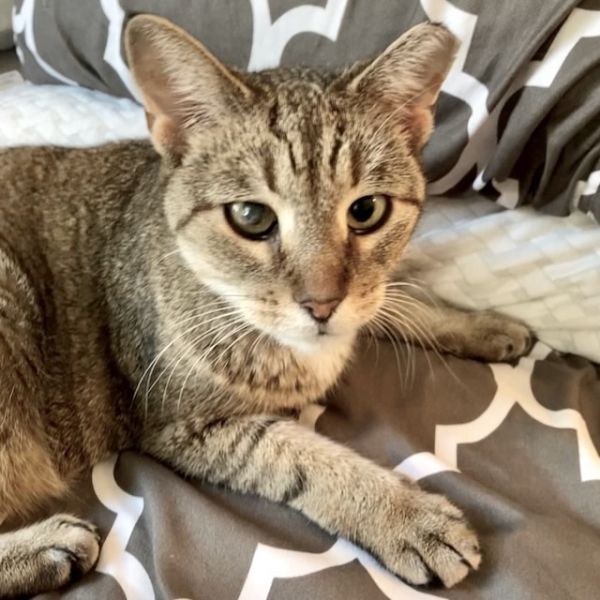