Before taking the plunge, it’s important to know whether the dog is a good candidate to live with a cat and vice-versa. The best possible indicator is confirmation that the dog has successfully lived with a cat(s) before and that the cat has lived with a dog(s).

If there is no history of successful cohabitation, the next best thing is to gather history on the animals and “audition” them with the other species before proceeding. Dogs who are not well socialized to cats are likely to react to cats as though they were either other dogs or prey objects. This means they will direct play, investigation and posturing at cats or will give chase. Sometimes they will do both, partly depending on what “role” the cat plays.

If the dog is gentle, relaxed and friendly and is not much of a predatory type (i.e. doesn’t chase cats or squirrels when outdoors), he is a good prospect to develop a relationship with a cat. Predatory types are much more stressful for cats and must be constantly managed when around the cat if they are to live with one. Predation is not something a dog can be easily trained not to do as it is deeply ingrained.

When you audition a dog with cats, do it on leash, to avoid overly stressing the cat(s) and any flat-out chasing. If possible, use cats with dog experience – they are less likely to flee or be stressed. It’s also good to try out the same cat on more than one occasion and to try out more than one cat. Good signs are cautious investigation and wagging, along with respect (i.e. backing off) for cat defensive signals. Bad signs are instant attempts to chase, out-of- control straining at the leash, whining, barking and agitation. Many dogs will fall somewhere in the middle, which will make your decision less clear.

Sometimes, with diligence and perseverance, a dog with intense predatory drive can be taught to direct it at other outlets and to stick to carefully trained rituals and routines when around the cat, but this is tricky and does not work in every case. Dogs who are less intense are better prospects. It is important to know that dogs can and do sometimes injure and kill cats. Dogs who kill cats are almost inevitably highly predatory so often they can be picked out. A pair or group of predatory dogs is at greatest risk. It’s also important to know that most dogs who chase cats are not in this category. They chase but do no physical damage if they catch or corner the cat. The psychological stress for the cat is still present with these dogs, of course, and is an important consideration.

There is a range of temperament in cats and this is a factor that will influence the success of dog-cat cohabitation. In general, relaxed, laid back cats and kittens are the best prospects to accept a dog. They are also at lower risk to flee and trigger chasing, which will allow a social – rather than a predator-prey – relationship to develop. Shy, skittish and de-clawed cats are less rosy prospects. De-clawed cats feel more vulnerable and are more likely to display aggressively when cornered.

Cats who have not been socialized to dogs will almost always behave defensively, by fleeing and/or with an aggressive display the first time they encounter a new dog. If the dog does not come on too strong, and if the cat is given dog-free zones to retreat to, many cats will gradually get used to the dog and sometimes even become bonded.

If you’ve decided to blend a dog and a cat in your household, here are some pointers: 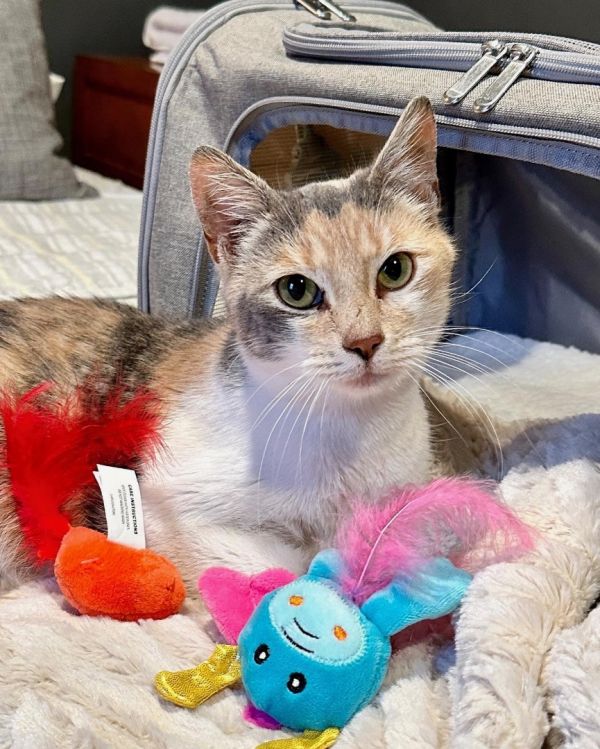